A downloadable game for Windows

A lone VR player tries to escape from a run-down underground facility, all while facing up to 2 PC players taking the role of giant apes.

Something has gone horribly wrong in the underground facilities of  SPHYNX Corporation, located in the faraway planet of Mandrillia. There are no survivors... at least no human ones.

You are an Omega Series AXIOM warehouse robot -a top of the line shelf stacker bot- and you've just awoken amid the carnage. You were never meant for combat. But it seems the guys at SPHYNX have been illegally tampering with your code in an attempt of turning you into a soldier. Doesn't look like they really succeeded at it, but at least you can somewhat defend yourself now.

The only thing you know is that you must escape from Mandrillia.

In an asymmetrical local multiplayer VR vs PC game, players use the same computer to play as totally different characters. In this case, for the VR player this is a survival/stealth shooter, while for the PC players it's a third person game of cat and mouse.

While there are no plans to add real online to the game, it can be played with people across the world via the use of software like Parsec, which do a remote emulation of local play (just like Steam's own "Remote Local Play Together"). The way these work is by having the VR player act as a host with the game being streamed to the clients.

One advantage of this system is that only the VR player needs to have the game on their computer; the Mandrillian players just have to connect to the host via Parsec.

Despite SPHYNX efforts, you are still not a soldier robot. However, your sturdy frame and ability to use tools -and weapons- can prove useful to survive the Mandrillians. Go the sneaky way or guns blazing -anything goes as long as you escape. 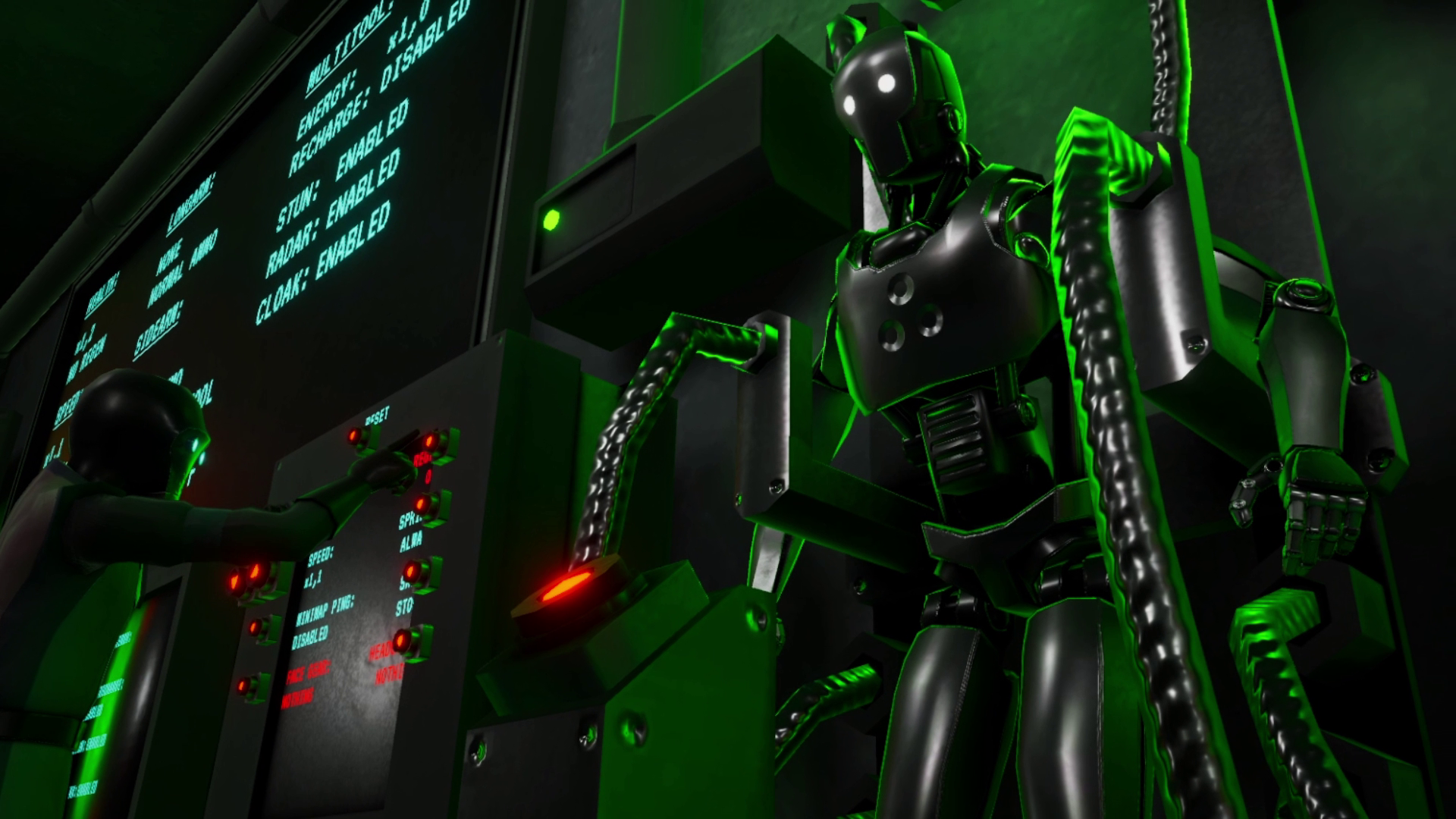 When you play as the VR player, your objective is to get out of SPHYNX facilities. Find high clearance keycards to unlock areas where you can reload your arsenal and repair your body, and eventually open the gates to freedom.

Doing that won't be easy with your friends trying to hunt you, though. You'll need to use every tool at your disposal, like your trusty Multitool and an assortment of weapons and devices you'll find scattered across the environment.

Your best friend will be your Multitool and its three functions: a radar to check if there are Mandrillians nearby, a cloaking device to hide from them, and a short-range stun function if things get hairy. But mind those battery levels!

Besides the Multitool, there's an arsenal of weapons to be looted from the corpses and storage crates scattered around the facility. Conventional weaponry like handguns, shotguns and machine guns, hi-tech stuff like plasma revolvers, heavy ordinance like rocket and grenade launchers, C4 charges and mines... Just be sure you manage your ammunition and inventory storage properly so you don't go dry at the worst moment!

The environment can also work for or against you; explosive barrels with different effects and keycard-locked doors could help you get out of tight situations.

They have been used as test subjects for too long. Peace is no longer an option for these primates. 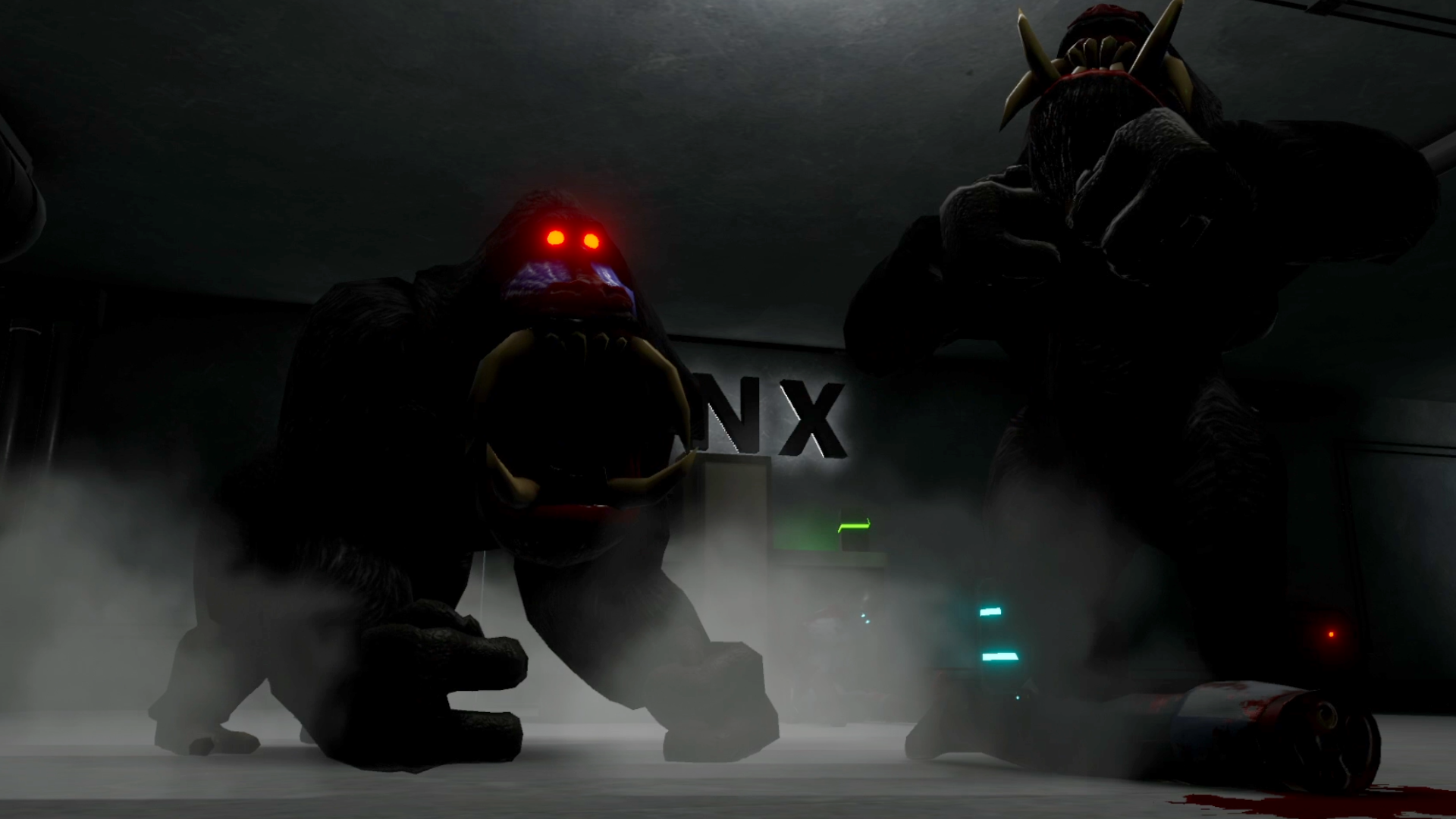 Powerful, fast, and smarter than they look, when you take control of them you'll have an assortment of skills to help you track and destroy the Robot:

Your superior sense of smell will come in handy when the VR player is trying to cloak or hide around the map.

Your enhanced hearing can be used to track the player via the pings in the minimap if it makes any noise; things like running will need you to be close to him for it to appear, while louder things like opening gates or firing weapons will appear on the minimap no matter where you are.

The vent system is your friend when you want to move quickly around the map; it also has powerups for the monkeys to heal and 1-ups, and all the vents you break will be able to be used as respawn points.

Your attacks are not only useful to kill the Robot: they can also be used to break open locked gates

Just rushing the Robot can be dangerous, especially if it has good weapons and plenty of ammo; be smart and sneak around to catch it off-guard... or just make it get nervous enough it starts making mistakes.

Escape from Mandrillia has a learning curve that can make experienced players annihilate newcomers. Because that is no fun for anyone, you'll be able to tweak dozens of modifiers to tip the balance towards the VR or PC side. 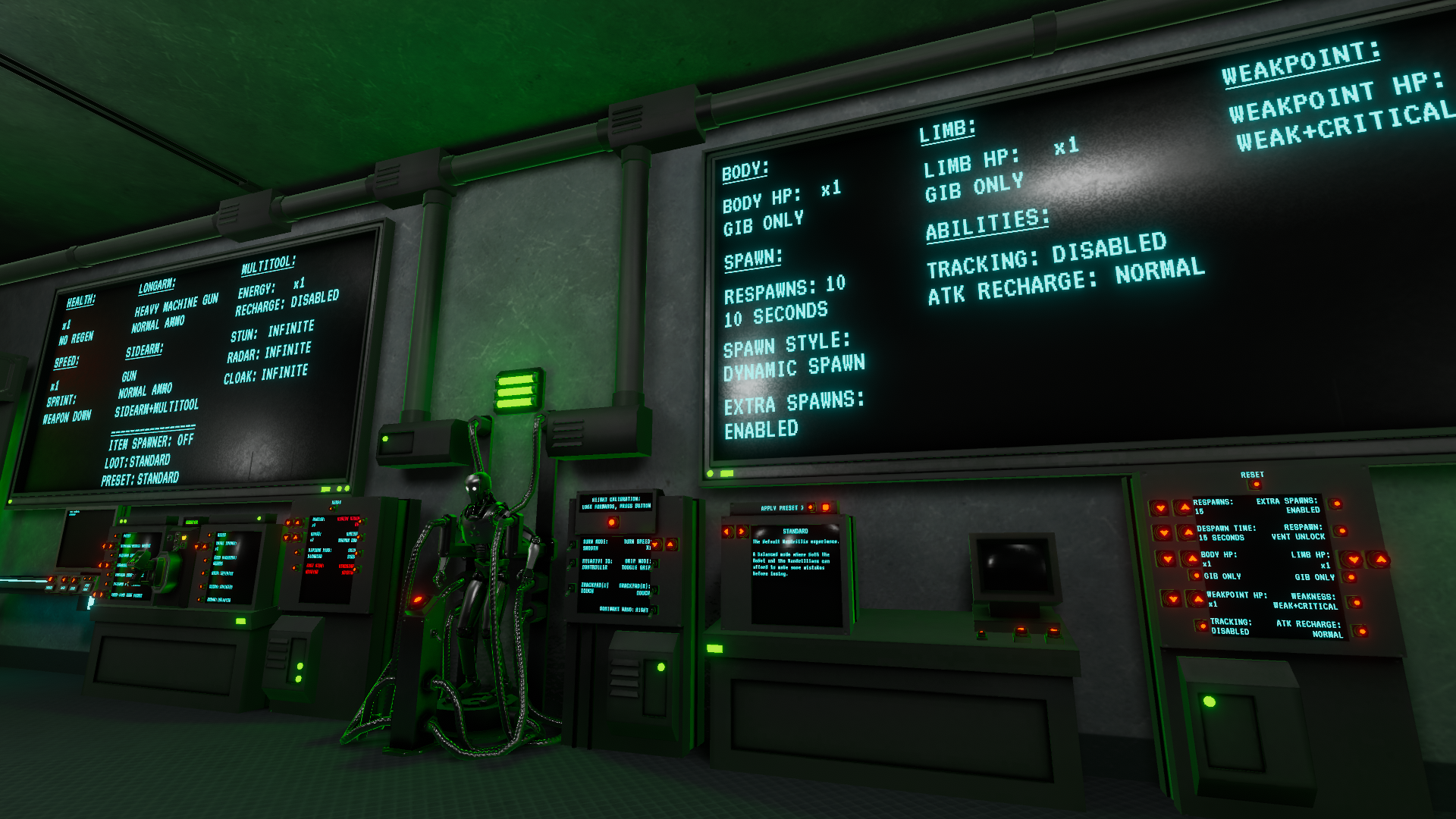 To do that, simply play around with the consoles on the menu scene. Don't try to be cheeky -the Mandrillian players will see any change you make to the rules from their cages!

Some of the settings are basic stuff like amount of Mandrillian extra lifes, respawn times, player speed/health, starting gear, etc. However, others will drastically change the feel and pacing of the game, like Dynamic Respawn (monkeys can freely respawn wherever they please), Akimbo Mode (you don't have the multitool, getting instead a second sidearm), Infinite Sidearm/Longarm ammo... You can even customize things like the type of loot you will find around the level.

"Dynamic Spawn" modifier allows Mandrillians to spawn wherever they please 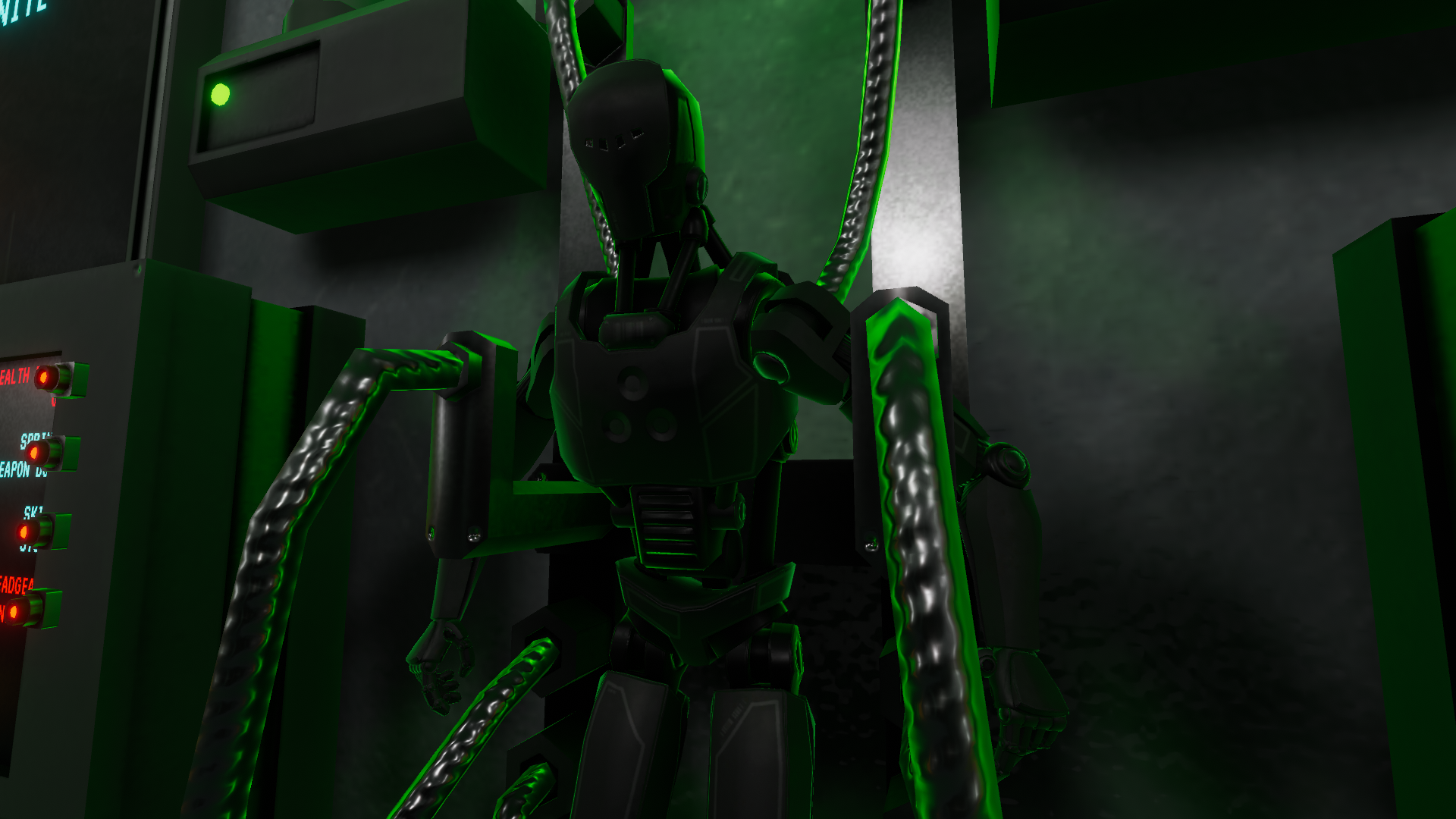 On top of that, you can use pre-made "presets" that will automatically change all the settings to offer a pre-tested experience. The simpler ones like "Mandrillian Bias" or "Robot Bias" are purely meant to make the game easier for less skilled PC or VR players respectively, but others like "Horror" or "Super Soldier" change the game into a full-on survival experience or an action-packed shooter.

Also planned are "custom presets" where players will save their preferred settings to quickly select in future sessions.

I am Germán, a Spanish 3D artist. After learning to make VR apps for archviz gigs, I decided to try my hand in game developing, and I regret it every single day.

I discovered the world of asymmetric VR games thanks to Panoptic and Mass Exodus, both of which I love. I noticed these kind of games tended to put the PC players in the "underdog" role, and wondered if anyone had used the potential of the format for horror.

And that's how I found Space Security Guard Simulator, which is the main inspiration for Escape from Mandrillia. After having tons of fun with it and friends, I decided I wanted to try my hand at an asymmetric horror game. Heavily influenced by movies like Aliens or Predator, the idea was to have a game where the gameplay itself made the players -both VR and PC- act like in a horror movie.

All in all, my three goals were to learn, to get a game my friends and I could have fun with, and maybe make some money. The first two goals have been met so far.

If you have fun with the game and for some reason feel like burning more money to support my crippling addictions, consider tossing a coin at my ko-fi, it will be greatly appreciated.

In order to download this game you must purchase it at or above the minimum price of $12.99 USD. Your purchase comes with a Steam key. You will get access to the following files:

Thank you so much and glad to have you being active in the Discord!

Awesome game!! My friend and I were a little lost on what to do at first but after we got it, it was just a blast. Amazing job, looking forward to future updates!

Thank you so much! And yes, I am 100% gonna add some "tutorial scenes" guiding new players through all the stuff. Before that I'll probably make some tutorial videos tho.

And there'll be a pretty meaty update coming up for next week!

PS: If you and your friend ever want to look for other players to play against, we have always a couple users wanting to have a go over Parsec at the Discord!

Great game with an even better dev 👍

I've heard he drove a Discord mod to insanity tho

One of the most awesome VR games. I played the dev some and made him scream like a girl, even while he was monkey.

He was screaming out of anger for you

One of the best asymmetrical VR games out there. 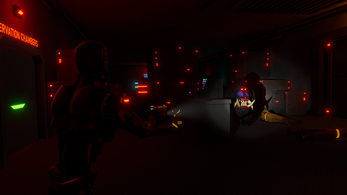 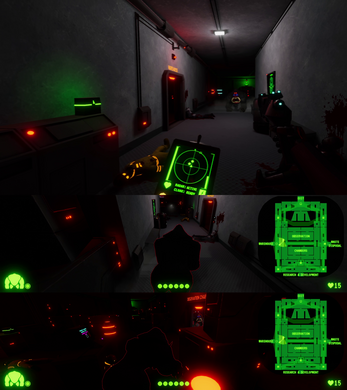 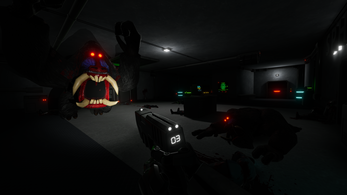 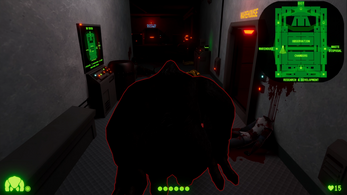 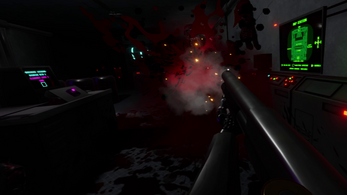 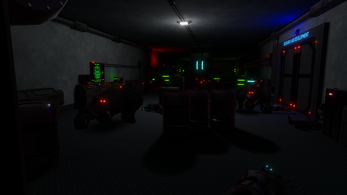 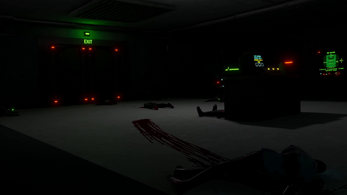 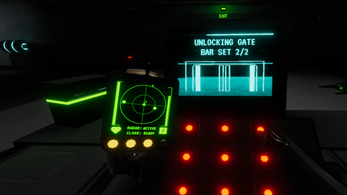 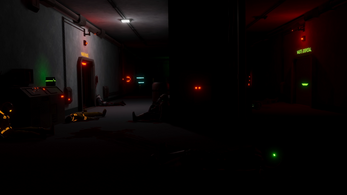 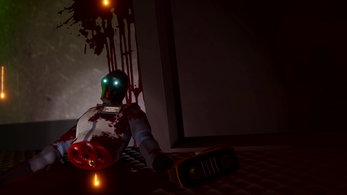 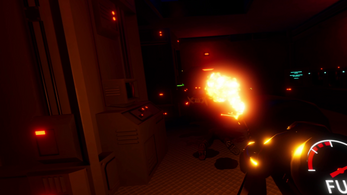 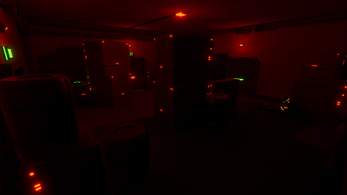